Saint Andrew’s Day is one of most importance for the Romanian People, and for the Christians as well, in which Saint Andrew is presented as being one of the first apostles of Jesus. In the year 1995, the Holy Synod of the Romanian Orthodox Church decided that St. Andrew’s day be recorded in the orthodox calendar with a Red Cross, and in the year 1997 Saint Andrew was proclaimed the “Protector of Romania”.

Saint Andrew’s Day marks the beginning of winter and according to popular belief, is the moment in which dark and maleficent forces unleash upon Earth, represented by werewolves and vampires. This night (29th-30th November) is one strongly marked by sacred, supernatural and mystical manifestations, whom bring devastating effects upon the ones who do not strictly obey to popular customs and rituals, reasons for which St. Andrew’s night can be easily assimilated to the more occidental Halloween legend..

In the Romanian traditional culture, spirits of the dead get out of their graves and start fighting themselves on borders, crossroads and other unholy places, using tools stolen from people’s households. This fight lasts till daybreak when the sun purifies earth and all bad spirits go to where they came from. These kinds of creatures and manifestations are bad for all people because they affect the fertility of the land, agricultural cultures, bring diseases and a lot of bad luck. To counter the effects of these unrestful spirits, various rituals are fulfilled, involving salt, poppy, hemp, basil, incense and, of course, a lot of garlic.

The miracle properties of garlic are spoken of in almost all rituals and superstitions from the popular Romanian believes. On the night of St. Andrew’s, garlic is used both for the protection of humans and their homes as well as for unwedded women who want to foresee their future husband:

● “The guarding of the garlic” is an ancient ritual that takes place at night, where young people party, having in the center of the table a few cloves of garlic surrounded by incense and lit candles. In the morning, they come outside and around the garlic, then they share it between them. The garlic is then brought to church, then kept under the icon to be later used in love charms and healing rituals.
● In order to determine the future, unmarried girls knee a ring of dough in the middle of which they put a clove of garlic. This dough is then left for a week in a warm place. If the garlic sprouts, the girl is lucky.
● Girls who want to see their future husband, prepare the “Dough of Indrei”, made of water, flour and salt in equal amounts, measured in a nutshell. Girls who ate of this mixture are supposed to dream their future husband. Also, to learn about their marriage, there are often used charms that include mirrors, candles or basil placed under the pillow.
● On this holy day, people do not work in the household, they do not swipe nor sew, because St. Andrew’s Day represents the beginning of winter and people want to have fortune throughout the coming year. To find out about the fortune and the fertility of the fields, wheat is sown in a bowl, and if the wheat grows green and beautiful, the year will be wealthy.

The traditional customs related to the night of November 29 to 30 are a blend of Christian religion with old Dacian rituals. Legends all across Romania talk about the last Zalmoxis priest, whom he met Jesus and the Apostle Andrew, people then making the transition to Christianity. Saint Andrew is considered the one who brought Christianity on our land, thus becoming the patron and the protector of Romania. 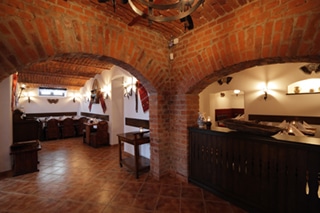 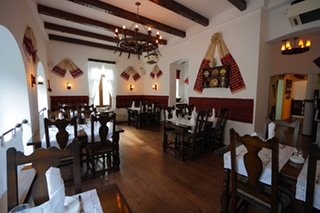 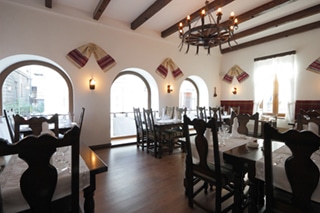